Bhadrakali Temple is the place where you fill find a marvelously built ancient temple with a lake adjacent to it and some awesome rock formations giving it a mesmerizing beauty, where no one can feel left out. 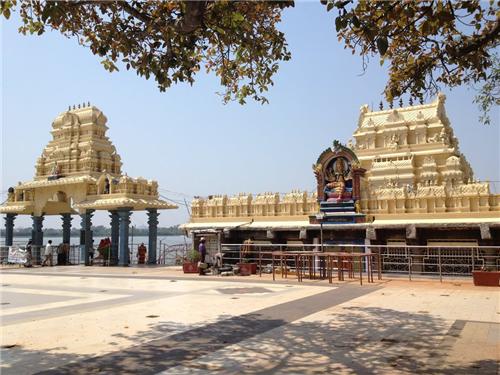 It is one of the most ancient temples of India. History of Bhadrakali Temple can be divided in three phases.

As per the legends, Chalukya King Pulekesi II succeeded in bringing the Vengi region of Telangana region under his sovereignty in 625 A. D. and to express his gratitude and celebrate his victory he built a temple dedicated to the mother goddess. Hence the temple depicts some styles of the Chalukyas.

Later Kakatiyan rulers constructed a road leading up to this temple and also constructed a lake surrounding the temple. So, it can be concluded that the temple was built in the period of Chalukyas but was also majorly influenced by Kakatiya Dynasty.


Renovation of Bhadrakali Temple after downfall of the dynasties

After the downfall of dynasties the temple was being neglected for around 925 years till it received attention of some eminent residents of Warangal including, Sri Mudumbai Ramanujacharya, Sri Maganlal Sameja, Sri Ganapathi Sastri and many others in 1950. They helped in the renovation of the place which continued till 2000 adding two new structures the Alaya Shikaram and the Maha Mantapam to the temple. Inscribing holy shlokas on the deity’s tongue and installing the Chandi Yantra within the temple premises were also done during the renovation period. 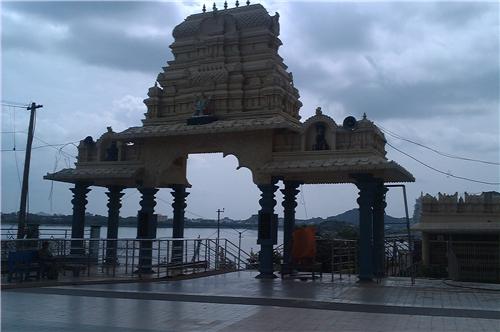 Karkatiyan rulers have built an artificial lake of 2 kms radius in the vicinity of the temple. The lake makes your visit peaceful.

The main deity of the Bhadrakali temple is made of stone measuring about 2.7 x 2.7 meters. The deity has eight hands and is holding weapons in each of them. The deity has pleasant eyes and holds Shiva under her feet.

You can see a lot of natural rock formations around the temple enhancing its beauty and adding charm to it. Some people believe that these unique shaped rocks carry immense spiritual powers in them.

The temple is also famous for the Balipeetham and the Dhawaja Sthambham, that are located within its premises.


Places of Interest around Bhadrakali Temple