Warangal is the second largest city of Telangana region in Andhra Pradesh after Hyderabad in Andhra Pradesh. The city was previously known as Orugallu. ‘Oru’ means one and ‘Kallu’ means stone, hence refereeing to a city carved out of a single rock. The city was also known as 'Ekashila Nagaram in the past. Warangal has rich history associated with it. Its proximity to Hyderabad has always favored the city in its development. History of the city can be divided in six stages.

Time period of the prehistory can not be defined, but Indian Archaeological authorities have explored many prehistoric sites in Warangal. Paleolithic Rock art paintings of and Narsapu and Pandavula gutta are the example of the same.

Although clear information is not available on the time period of Jainism in Warangal, but it is believed widely that the same prevailed in Warangal during 265 A.D. - 625 A.D. A lot of Jain temples were found in Warangal, which were later converted to Hindu temples by Kakatiyan rulers. Angadi Veerannagudi located at Biranpally and Padmakshi Gutta, located at Hanamakonda are two examples of such Jain temples built in this period. Jain temple located at Kolunapaka is still one of the main pilgrimage site for Jain religion and is the example of the same period. 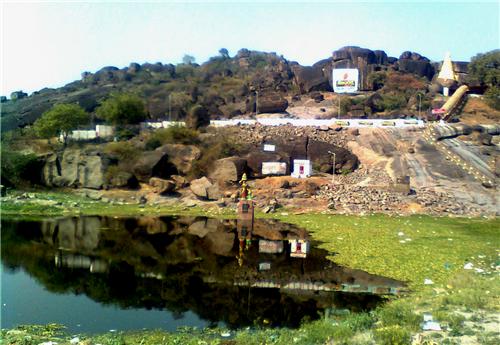 Kakatiya stage was the most important period of the history of Warangal. Kakatiya Dynasty ruled Andhra Pradesh from 12th century to 14th century and Warangal used to be the capital of the same. Warangal flourished most in this time period especially in the field of building monuments. Some of the famous monuments of this time are Thousand Pillar Temple, Warangal Fort, Ramappa Temple and Ghanpur Group of Temples. Many lakes including Laknavaram Lake and Pakhal Lake were built in this time period only. The most famous rulers of Kakatiya Dynasty were Prathapa Rudra, Rani Rudrama Devi and Ganapathi Deva. Kakatiyan Dynasty ended when Prathapa Rudra got defeated by  the Musunuri Nayaks.

After the fall of Kakatiya Dynasty, Warangal came under the influence of Muslim rule of the Delhi Sultanate in 14th century and later came under the influence of Bahmani sultanate. Even the Bahmani sultanate did not survive for very long as one of the governor of Golkonda, Quli Qutb Mulk, established the Qutb Shahi dynasty in 1518 after revolting against Bahmani sultanate. After a stint of 169 years, Mughal emperor Aurangzeb acquired the Golkonda Sultanate on 21 September 1687 after a year-long seize of Golkonda Fort. Later Qamar-ud-din Khan was appointed to be Viceroy of the Deccan in 1712 and he was given the title of Nizam-ul-Mulk (Administrator of the Realm). But in 1724, he defeated Mubariz Khan and took over the Deccan Suba and changed his name to Asif Jahi, giving a start to Asif Jahi Dynasty.

Asif Jahi renamed the area as Hyderabad Deccan. All the Nizams who ruled after him were known as “Asif Jahi Nizams” or “Nizams of Hyderabad” and retained the title of Nizam ul Mulk. Asif Jahi died in 1748 which lead to the political unrest in the area due to the contention for the throne among his sons. His sons did not understand the intentions of the colonial foreign forces and opportunistic neighbouring states, who were aiding them and as a result Hyderabad became the former capital of Nizams in 1769. Later, in 1977, Nizams entered into a subsidiary alliance with British and eventually lost its control over the state’s defence and foreign affairs. Nizam surrendered Coastal and Rayalaseema districts of his territory to British twice on his inability to pay for the support that British provided in his wars against Tipu Sultan and Vijayanagar armies.

After the independence of India in 1947, the Nizam of Hyderabad wanted to remain independent and did not want to merge with Indian Union under the special provisions given to princely states. As a result of Operation Polo, the Government of India took control of Hyderabad State on 17 September 1948. The Telugu speaking people were distributed in about 22 districts; 12 in the Madras Presidency, one in French-controlled Yanam and 9 in the former Nizam's dominions of the princely state of Hyderabad. 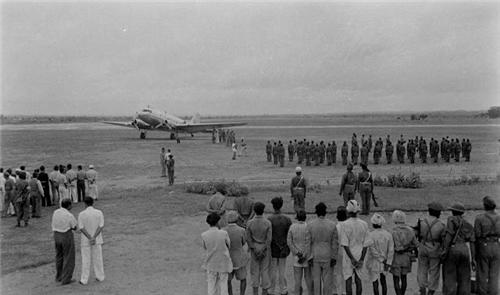 In 1953, Andhra State was created with Kurnool as its capital by carving out the Northern Circas and Rayalseema regions from the erstwhile Madras state as a result of fast unto death incident by Potti Sri Ramulu. In 1956, as per the States Reorganization Act, Hyderabad was partitioned and the Telugu speaking region of Hyderabad state including Warangal which became part of Andhra Pradesh.