There are mainly two railway stations located in Warangal; Kazipet Railway Station and Warangal Railway Station. Both of these railway stations are located close by and serve all the people of Warangal every day. Kazipet Railway Station is one of the most famous railway junctions of the entire South India and is known as “Gateway to North India”. The station is located at a mere distance of about 13 Km from the city of Warangal and is easily accessible by city bus service. A lot of residents of Kazipet are the employee of Indian Railway. This fact itself is sufficient in describing the hugeness of this railway station. The station is not only a way to commute, but it has become more of a tourist attraction due to its locomotive (largely diesel) maintenance division. 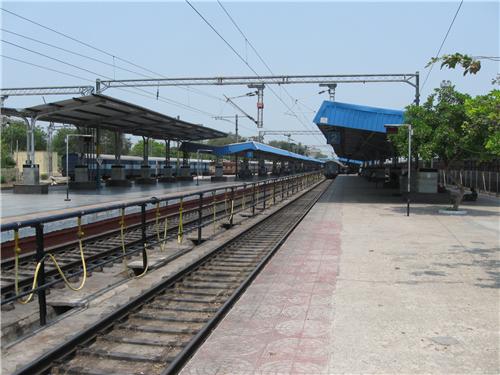 It has a rich history of more than 100 years associated with it. The station was named after the Sufi saint Syed Shah Afzal Biabani (appointed as Kazi by Warangal during the reign of Asaf Jah II). The station was built in 1904 and it is believed that it was built under the rule of the 6th Nizam Mahbub Ali Khan (Asaf Jah VI). There are many other stations including Kachigudi, Secunderabad, Begumpet and Nampally built under the Nizam’s Rule.

Initially they started maintenance activities for diesel locomotives only and housed around WDM-2C (27), WDM-3A, WDG-3A and WDG-4 locomotives, but later in 2006, they also started providing their services for electric locomotive engines and housed more than 150 WAG-7 locomotive types.

There are total 3 platforms, out of which, two are for outbound trains only. Platform 1 is the only platform for inbound trains. There is a Computer Reservation Office located at the airport for passengers, who like to book their tickets online. And for all the long distance travelers the station provides facilities of Retiring Room, Waiting Room, Tea Stall/Light Refreshment, Refreshment (Vegetarian) and Book Stall to make their journey easier and peaceful.


Trains to and from Kazipet Railway Station 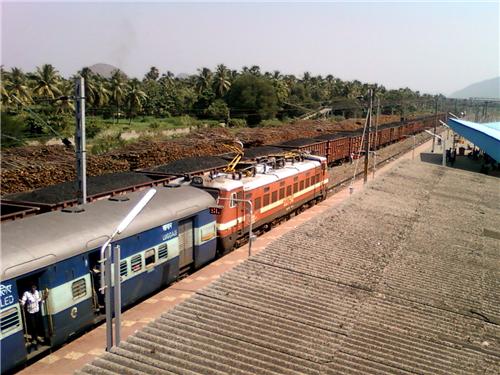 It is one of the busiest stations of India and its business can be easily understood from the fact that, more than 100 trains cross its tracks every day throughout the year. In addition, around 20,000 passengers commute daily from Kazipet Railway Station. It connects south to north and east to west throughout the India.  Warangal has direct train connectivity to almost every major city of Andhra Pradesh including Hyderabad, Vijaywada, Anantapur, Secunderabad etc. and to all the major cities of India including New Delhi, Nagpur, Chennai, Kolkata, Mumbai, Jaipur, Gorakhpur etc. A lot of trains including Hyderabad Exp (07110) , Sc Ns Spl (07117) , Vskp Shirdi Spl (08567) , Konark Express (11019), Rajdhani Exp (12437) , Banglore Rjdhni (12430), Gorakhpur Exp (12590), Jaipur Express (12975)  and many more runs on a regular basis from this railway station.