Padmakshi Temple, also known as Padmakshi Gutta among locals, is located in Hanamkonda and dedicated to the presiding deity Padmakshi. It was built in 12th Century AD. The temple is another example of Kakatiyan architecture. As the temple is located on a hill, entire city of Warangal can be seen from there. A lot of tourists visit the place every year not only because of its religious importance, but also due to the scenic beauty of the place. Panoramic view of Hanamkonda city from the top of the hill is a marvelous site in itself. 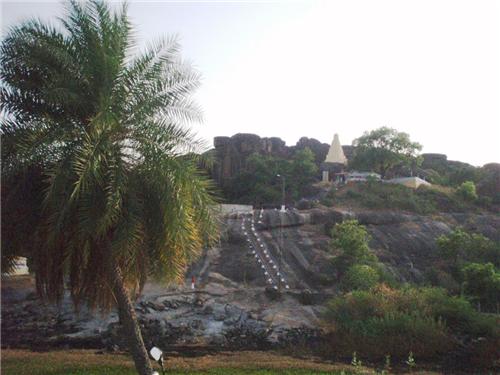 Kakatiyan rulers in earlier times used to be the followers of Jainism. Prolaraju II,  A ruler of Kakatiyan Dynasty built a Badasi, a Jain temple. Later, when Kaktiyan rulers converted to Veerasaivism from Jaininsm, the same Jain temple was converted to the Padmakshi temple. Betaraju II was the first Kakatiyan king who has converted to Veerasaivism in his dynasty. This is the reason behind the sculptures and carvings on the walls of the temple displaying Jain Tirthankaras and other motifs that showcase a clear image of Jain culture. 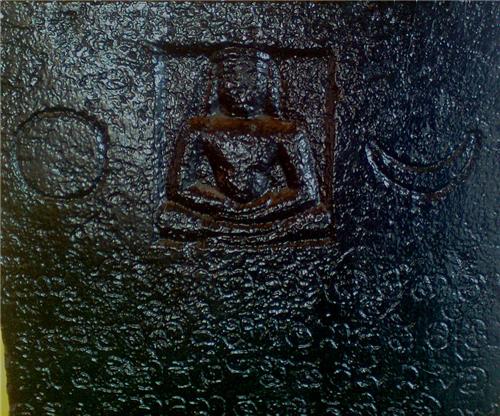 The temple is built from a natural cave on a hill. Not only the temple, but the inner sanctorum of the temple as well are north facing. As the temple was initially built as a Jain temple, a lot of Jain carvings can be found here. At the entrance of the temple, Annakonda pillar is located, which is a quadrangular structure made of black granite showcasing liberal display of Jain carvings and enhancing its ancient beauty on all four walls of it. Vyasapitha carving is another significant feature of this temple. There is a pond situated near the temple and steps are cut into the rocky walls to reach at the pond from the temple.

Batukamma festival is the main festival of Padmakshi Temple. The festival is celebrated every year in the months of September and October and also known as festival of flowers. All the Hindu women of Telangana region celebrate this festival. During this festival women offer prayer to the goddess Gauri by coloring little pots with auspicious yellow and red color and decorating them with flowers including Marigold due to its bright orange and yellow shade. After decorating the pot, they sing and dance around it entire day and finally immerse the pot into the water (in pond) at the end of the day.

Places to see around Padmakshi Temple

How to Reach Padmakshi Temple

By Rail: Warangal Railway Station is the nearest and is located at a distance of about 6 Km from the temple. One can take a city bus or auto rickshaw to reach at the temple.

By Road: APTDC runs many buses from all the major cities of the state to Warangal. Warangal bus station is located at a mere distance of 500 meters from the temple and one can easily take an auto rickshaw or a walk to reach here.