Famous for its carved pillars, rock-cut elephants, a large nandi and perforated screens, Thousand Pillar Temple was built in 1163 A. D. by Rani Rudrama Devi. The temple is located in Hanamkonda part of Warangal. A lot of devotees visit this place throughout the year making it one of the most significant religious sites of Andhra Pradesh.  The three presiding deities of this temple are Lord Shiva, Lord Surya and Lord Vishnu. The temple holds a place under the list of UNESCO’s world heritage sites.

History of the temple belongs to the Karkatiya rulers. Karkatiyan rulers had a special devotion for Lord Shiva, which was the reason of its main deity being Rudreshwara Swamy, a personification of Lord Shiva. It is believed that the main deity of the temple “Rudreshwara Swamy” was named after the king Rudradeva, as per the traditions of that time. The temple is known from the name of Thousand Pillar temple because the same was constructed with the help of thousand pillars both small and big ones. Tughlaq dynasty during their invasion of South India, destroyed the temple. 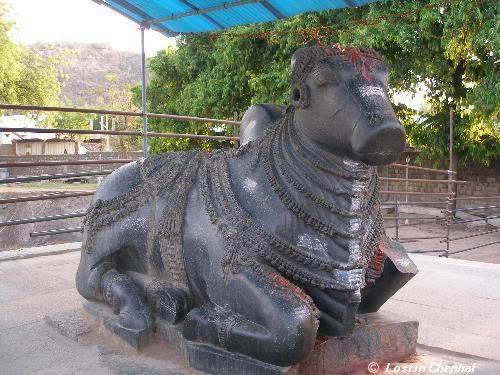 There is also a huge monolith Nandi (Bull), made up of black basalt. The Nandi is very famous for its polish.

A beautiful garden is also situated here surrounding the temple. There are many small lingam shrines situated in the garden enhancing the beauty of the garden and the temple both.